Do you have a story you’d like to share with the local community on Limerick.com? E-Mail news@limerick.com Send us your pictures Send images or add them to your story and we’ll publish the best. We welcome all contributions! All content is moderated before publication. You should have permission to use anything you submit.

A University of Limerick engineering graduate and entrepreneur has won a place at the first-ever national final of ‘Ireland’s Best Young Entrepreneur’ competition, for a chance to share a €100,000 investment fund. Paddy Finn from the Castletroy-based Electricity Exchange is representing the region in the Best Start Up category at the national final in Dublin […]

September 25 next will mark the 16th anniversary of the passing of the late, great TD and Limerick Mayor Jim Kemmy. But the stonemason, trade unionist, politician and historian is still remembered as strongly as ever. While being treated for bone marrow cancer in St James’s hospital in Dublin in 1997, his dying wish was […]

A number of top Irish and international rugby legends are set to take part in a newly-announced festival happening in Limerick in October. The Limerick Civic Trust Legends International Tag Rugby Festival will see some of the greats of the game togging out at the UL Sports Arena on October 25 and 26. These include […]

The position to hold the first Chair in Creative Writing in memory of Frank McCourt has been advertised – beginning with a salary in excess of €100,000,trailer film A Cure for Wellness 2017 Plans to create this unique post at the University of Limerick in honour of Limerick’s Pulitzer Prize winning author had been announced over […]

A University of Limerick researcher has been awarded a prestigious grant of €1.5m to pursue studies in treating bone-loss diseases. Dr David Hoey, who works in the Materials and Surface Science Institute, at UL, specialises in how physical activity can help maintain a healthy skeleton. According to Dr Hoey the funding of €1.5m, which was […]

International and local trad music fanatics gathered at the University of Limerick’s Irish World Academy for the launch of the annual Fleadh Cheoil Na Mumhan last week. The festival, which celebrates Ireland’s heritage in music and the arts, started with a few teaser events on Sunday ahead of the official launch on Tuesday evening at […]

Farmers opposed to a relief road through Clonlara and Parteen have indicated they will not co-operate when engineers arrive to survey their land in the coming weeks. And they have the support of local Fianna Fail councillor Cathal Crowe who has this Wednesday called on Clare County Council to call a halt to the surveys […]

Do you have a story you'd like to share with the local community on Limerick.com? E-Mail news@limerick.com Send us your pictures Send images or add them to your story and we'll publish the best. We welcome all contributions! All content is moderated before … END_OF_DOCUMENT_TOKEN_TO_BE_REPLACED 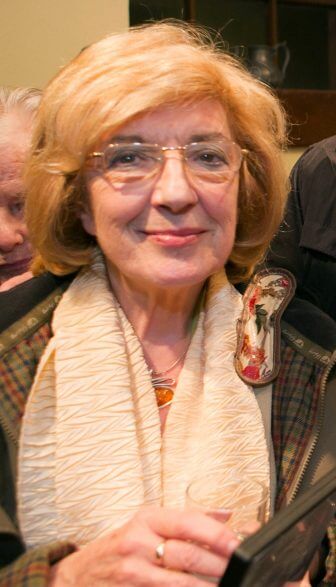 Limerick has lost one of its greatest arts and culture supporters with the passing of Bertha McCullagh last Saturday. A regular at literary gatherings, her love and support of the literary arts scene in Limerick was legendary. Many people would be familiar with her from the early days of the White … END_OF_DOCUMENT_TOKEN_TO_BE_REPLACED 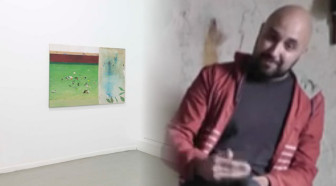 The latest exhibition by artist Ramon Kassam featuring works inspired by the buildings and sights of his native Limerick City will be officially opened at 69 O’Connell Street this coming Thursday 6th November at 6pm. Woodrow Kernohan, the Director of EVA International will perform the official … END_OF_DOCUMENT_TOKEN_TO_BE_REPLACED 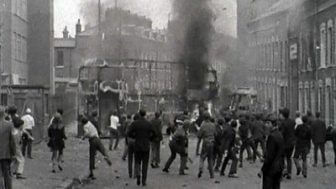 Remembering the Start of “The Troubles” 50th Anniversary Civil Rights March – Derry – 5th October 1968 It was just a couple of years after the fiftieth-anniversary of the 1916 Rising and I was a pupil at CBS, Hassett’s Cross. The Christian Brothers celebrated that event and I remember winning … END_OF_DOCUMENT_TOKEN_TO_BE_REPLACED

A ROAD in County Limerick has been closed since shortly before 9am this Monday morning after a truck veered into a ditch.The truck, an oil lorry, left the Ardagh to Shanagolden road and veered into a ditch sometime after 8am. No other vehicle was involved in the incident and … END_OF_DOCUMENT_TOKEN_TO_BE_REPLACED 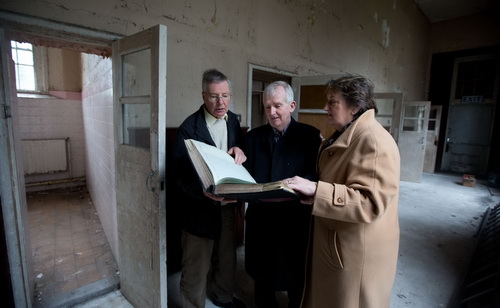 A fascinating insight into Limerick’s social history has been unlocked with the transfer of almost two hundred years of records from St Joseph’s Hospital to Limerick City Archives. The St. Joseph's Hospital Archive Collection has been transferred from the Health Services Executive (HSE) to … END_OF_DOCUMENT_TOKEN_TO_BE_REPLACED

Young people from across Limerick will gather at the University of Limerick next Friday (24th October, 2014) for the final Annual General Meetings of Limerick City Comhairle na nÓg and Limerick County Comhairle na nÓg. From 2015, the two separate Youth Councils will be amalgamated to form a single … END_OF_DOCUMENT_TOKEN_TO_BE_REPLACED