Limerick has had famous artists in the past. So, before we come to consider Michael Collins (Miceál Ó Coileáin) let’s look at who came before him and in so doing see where Ó Coileáin fits in that continuum. Michael lives and works in both Limerick and Barcelona. I spoke to him on the phone recently in Barcelona and I’m delighted to report that it was raining there and sunny here in Limerick!

Timothy Collopy was born in Limerick in the mid-eighteen century. His first trade was as a baker’s apprentice. His talent for art was noticed from a young age and he was sent to Rome to study. He was mostly known as a religious painter though he also worked as a portrait painter and restorer. Following his death in London in 1811 some of his works were auctioned in Christies Auction Rooms. One of his paintings, ‘The Ascension,’ can be viewed in the Augustinian Church on O’Connell Street.

William Palmer was born in Limerick (1763) the son of a linen-draper. He exhibited a talent for painting from a young age and by 18 he was studying in the Dublin Society School and had won a medal for his figure drawing. He was best known as a portrait painter. He died aged only 26 years in Bruff, Co. Limerick (1790). He is buried in his family plot in St. John’s Churchyard, John’s Square. A miniature self portrait of William Palmer, which contains strands of his hair on the reverse, is held in the Limerick Museum collection.

Jeremiah Hodges Mulcahy was born in Limerick (1804). He was best known as a landscape painter. He was living in Lock Quay and working as a Portrait Painter when his wife Mary passed away in 1837. In 1842, he opened a School of Painting at 19 Catherine Street, where he provided art classes for the gentry. He was an exhibitor in the Royal Hibernian Academy from 1843 to 1878.

He caused a scandal in Limerick in 1853 when he became involved with Christina Jackson, a girl under the age of 18. The pair married and had a child the following year. Following Christina’s death (1862) he moved to Dublin where he lived out his years and died (1889) at his residence in Harold’s Cross, and was buried in Limerick.

Five illustrations from drawings by Jeremiah Mulcahy are in Samuel Carter Hall & Anna Maire Hall’s book, Ireland, its Scenery and Character, published in 1841. One of his paintings sold in 2006 in Christies Auction rooms, London for £43,200.

St. George Hare the son of a dentist was born in Limerick (1857). He initially trained in Limerick under Nicholas A. Brophy from 1872. In 1875, he was awarded a scholarship to the National Art Training School, South Kensington (later the Royal College of Art), London. He specialised in portrait and nude painting. He died in 1933 in London.

He exhibited regularly at the Royal Academy, RHA, Royal Institute of painters in watercolour, Royal Institute of oil painters, Royal Society of Artists, Birmingham and the Walker Gallery, Liverpool to name but a few. His work is included in the collections of the National Gallery of Ireland, RHA Collection, City Gallery of Art, Limerick, The Victoria and Albert Museum, London and the National Gallery of Victoria Melbourne. His paintings have fetched thousands at auction. Many of his paintings are part of the English National Trust Collection.

Douglas Alexander was born in 1871 on the North Circular Road, the son of Samuel Alexander, a prominent Limerick Quaker family. As a youth Douglas trained as an apprentice to the wholesale merchant J&G Boyd. Alexander is most famous for oil and watercolour images of the West of Ireland, particularly Connemara, although he did branch out into portraits of people of note such as Michael Collins – the Irish revolutionary, soldier, and politician who was a leading figure in the early 20th-century Irish struggle for independence. Despite the prominence of his family in Limerick, Alexander died in poverty in 1945 in Dublin. His paintings usually reach hundreds at auction though ‘Reflections, Connemara’ sold for €5,500.

Portrait and figure painter, Sean Keating was born in Limerick (1889). His father, Joseph Keating, was a bookkeeper at a bakery company. John, who had three brothers and three sisters, was educated at St Munchin’s College but was not a good attender, spending hours playing truant on the city’s docks. “I was always drawing and scribbling” he is noted to have said. He is also on record for saying, “At the age of sixteen I had proved myself incapable of doing anything else. I was a dreamer and idler. My mother decided to send me to the Technical School in Limerick for drawing.”

Keating was commissioned by the Electricity Supply Board in 1926 to execute a series of pictures illustrating the development of the hydro-electric scheme on the river Shannon. He lived with the workmen on the building site at Ardnacrusha. The series encompassed a group of drawings and paintings, twenty-six in all, showing the progress of the work until completion in 1929. ‘Men of the South, 1921-22’ is on permanent exhibition at The Crawford Art Gallery, Cork.

Jack Donovan (1934-2014) was born in Limerick and exhibited extensively throughout Ireland with The Taylor Galleries, The RHA, Limerick City Art Gallery and the Cross Gallery Dublin among others. Donovan’s style drew inspiration from Spanish artists such as Picasso and Velasquez. His work was described in a Cross Gallery solo exhibition catalogue entry as “…carefully composed theatrical characters as their spare and stylised settings…fraught with naivety of style and boldness of colour… [with] an undercurrent of darkness…”

Donovan became Head of Limerick School of Art and Design in 1962, where he taught John Shinnors amongst other acclaimed artists. In 2004 he was the subject of a major retrospective at the Limerick City Art Gallery. His work is held in the collections of the Arts Council of Ireland, Arts Council of Great Britain, Swedish Academy of Visual Art, CIE, Limerick City Gallery of Art and the National Self-Portrait Collection.

Born in Limerick in 1950, John Shinnors studied for a short time at Limerick School of Art and Design under Jack Donovan before leaving the confines of conventional education to pursue his own vision of artistic creativity. His paintings tend to combine the figurative and abstract at once, with coloured or black and white geometric shapes and repetition of form featuring strongly in his work. This unique style and treatment of subject matter lend well to Shinnors’ favoured motifs which include lighthouses, scarecrows and clowns.

That leads me to introduce artist Michael Collins, whose work, in my opinion, deserves a place in the pantheon of the greats. ‘Baker Place at Dawn’ was the curator’s choice at the Hunt Museum, December 2018.

Collins is a Limerick native currently living and working between Ireland and Spain. He has been signing his paintings as Miceál Ó Coileáin since his first exhibition in Barcelona in 1979. This strategy was to prevent the Spanish Press mistaking him as “un pintor ingles” (an English painter). After a period teaching in Belvedere College, Dublin, Michael set up his studio in Barcelona where he continues to live and paint alternating his time between Barcelona and Ireland.

Many of Collins paintings depict scenes of Limerick City and some of its well-known characters and his paintings have adorned many private and public collections. He was elected a member of the Circulo Real de Bellas Artes where he exhibits annually. He gave up his job as art teacher at Belverdere in 1979 and set up his studio in Barcelona.

Collins was born in 1954 in Limerick (his family owned Tom Collins pub in Cecil Street, now owned by Donal Mulcahy) and went to Limerick School of Art 1972-76. From 1976-77 he was teacher of art at Belverdere and courses at the National Collage of Art and Design, Dublin. Collins paints both exterior and interior scenes as well as people. Here is the interior of Tom Collins pub.

One review of his work says it all and more eloquently than I could:  “I feel the pictures of the series entitled Non Protagonists show modestly anonymous figures often part of and even inseparable from the urban realities the artist so often depicts. They are people but not portraits. Some seem to me to have iconological meaning for the artist, symbols of an outer and, indeed, inner reality that stay in the memory to confront us with indecipherable questioning. The choice of subject matter, the strong individuality of these figures, the transcending of mere skill in the exact but never photorealistic rendering of material reality, and the pairing away of the non-essential, all combine to bring about images rich in emotional weight. The purely and immediately temporal seems to serve this artist as a starting point in the exploration of the timeless.” (Angeles Vives, Barcelona 1993).

So proud that he is one of our own!

Do you have a story you'd like to share with the local community on Limerick.com? E-Mail news@limerick.com Send us your pictures Send images or add them to your story and we'll publish the best. We welcome all contributions! All content is moderated before … END_OF_DOCUMENT_TOKEN_TO_BE_REPLACED 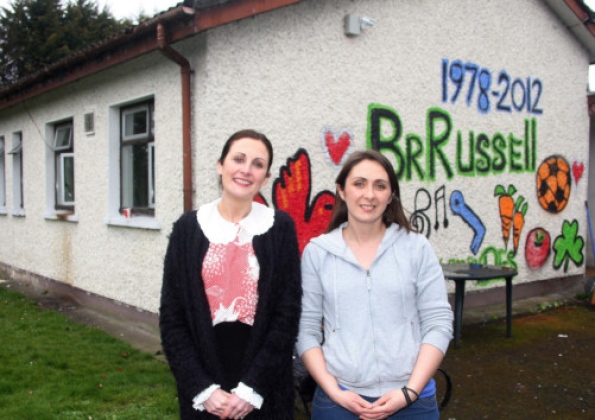 FORTY construction jobs will be created in Limerick over the next 18 months, as the Brother Stephen Russell House is set to be demolished and replaced by a new €4m centre. Br Russell House on Mulgrave Street in Limerick has been providing care for homeless men in the city for more than three … END_OF_DOCUMENT_TOKEN_TO_BE_REPLACED

A CELEBRATION of one of Limerick’s most famous writers will return later this month for its 34th year, giving audiences the chance to meet some of their favourite writers.The Limerick Literary Festival in honour of Kate O’Brien returns with the the theme of this year’s festival Bridging the … END_OF_DOCUMENT_TOKEN_TO_BE_REPLACED 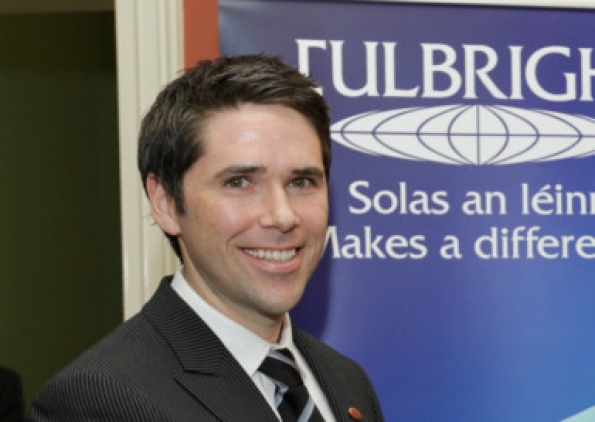 The director of a research centre at Limerick Institute of Technology has hailed a growing reputation of invention in Limerick. LIT lecturer Darragh Naughton runs the centre which specialises in helping inventors to turn their ideas into a viable product.live streaming film Wonder Woman 2017 … END_OF_DOCUMENT_TOKEN_TO_BE_REPLACED

Former Clare manager Tony Considine believes that Limerick can be competitive again next year under new boss Donal O’Grady. The former Cork manager was appointed in September after a bitter battle between Justin McCarthy and his panel saw Limerick field an under-strength side for the 2010 … END_OF_DOCUMENT_TOKEN_TO_BE_REPLACED

When we were children the year seemed so long from one Christmas to another -maybe it was because Christmas only came but 'once a year' back then. We really looked forward to this holiday season, it was the only time of the year when there was an abundance of food around the house, special foods … END_OF_DOCUMENT_TOKEN_TO_BE_REPLACED