We know what we mean when we say that the atmosphere created by a piece of writing was chilling, claustrophobic, desolate, cheerful, menacing, comforting or whatever. But it is not easy to define just why we have experienced this emotional reaction or how the writer has achieved the desired effect. There is something intangible about it but there are certain techniques which can be learned and applied.

The creation of the appropriate atmosphere in a piece of writing is certainly very important. In the first place the writer must be clear in his own mind as to what atmosphere s/he wishes to create. That may sound obvious but it is something which is easy to neglect or overlook.

Select with care the places and locations in which your story (and the various episodes within it) is set. The correct choice and the quality of the description can help to produce whichever atmosphere you wish to convey in order to give depth to your novel and to involve the imagination and stir the emotions of your readers.

Whatever environment you choose for the location of your action, give it sufficient definition for the reader to visualise it, to hear it and, perhaps, even to smell it. There is no need to be overly lavish with your descriptions. A few well-chosen and telling details may be far more effective than an estate agent’s brochure or a travelogue. It will take you more time and effort to achieve a succinct description than to write a long rambling passage – but it will be time well spent. And remember you do not need to give a complete description in one large chunk. Provided you supply enough detail to interest your reader, a fuller picture can be built up as the story continues.

You can take a setting and by the choice of words you use to describe it and the general pace and tone of your writing, you can present very varied impressions. I think this can be best illustrated by an example:

The same house, same location, but described in two different ways. The first passage has an air of desolation (I hope!), the second is cheerful. Words like cowered, shrinking and sombre have very different associations than have words like jauntily, staunchly, sparkled.

Another example, this time of an interior – a kitchen:

It’s the same kitchen, the same props, but the treatment is different. The first example gives the reader a vision of squalor and even menace – those wickedly glittering knives. The second is intended to suggest a carefree, happy household.

Why don’t you give it a try? Choose a setting and then describe it in a fashion that creates an atmosphere of, for instance, (a) despair, (b) cheerfulness, (c) menace, (d) gentility.

Be sparing with the adjectives, prune any that are superfluous. If you think you are overloading a noun you can rearrange the sentence. For example, “cheerful, brightly-flowered curtains” can become, “the curtains were colourful, their pattern of flowers bright and cheerful.”

Reference to how things smell, taste or feel to the touch can add depth and intimacy to the description. Scents can be particularly evocative and reference to them can work well for you, stimulating in the reader feelings of recognition or nostalgia as well as evoking memories or reactions on the part of your characters. A whiff of something – pleasant or unpleasant – can be used as a ‘way in’, by virtue of association, to the recall of some incident by a character.

As for the memory-stirring power of taste, well, we are told that it was munching a madeleine (a traditional cake from the Lorraine region in France) that set Proust off on a journey down memory lane which was to occupy him for the rest of his life and lead to the creation of his famous work, Remembrance of Things Past.

Sounds can conjure up scenes and memories. When you are constructing a scene in your mind’s eye, try to summon up the sensory aspects of what you are either, imagining, remembering or constructing and then incorporate some of that in your writing. Remember that selection is important. Don’t be tempted to overdo it.

Sometimes it can have impact if you set extraordinary or disturbing events against a very ordinary background rather than set them in a location where the atmosphere is already gloomy. The very contrast of juxtaposing the familiar and unremarkable with the extraordinary can have great force. For example, a story with an eerie element may be more chilling if the setting is an apparently unremarkable modern semi-detached house rather than a gothic and owl-haunted pile. It is a technique worth considering.

One could set a scene of a contemplated suicide in a garden shed and briefly describe it – the air still and stuffy with the whiff of creosote and linseed oil (remember the evocative power of smells and fragrances), the light dim, the jumble of clay flower-pots and so forth. A garden shed is a homely place, peaceful and relaxing, not the sort of place where you expect grim things to take place – at least not if you avert your eyes from the slug pellets and bottles of weed-killer!

A tool-shed on the other hand has quite a different atmosphere – all those implements of steel for cutting and gouging, sharpening and hammering. But with skilful selection of what you choose to describe and the correct choice of words I’m sure you could make your description of a tool shed convey a cosy atmosphere – perhaps memories of your dad working there when he made you that easel.

Do get the supporting details correct. If you are describing a place in the country and the time is mid-summer be careful, for instance, that no daffodils are in bloom. In my novel, Bohemian Fire, published under the pen-name Austen K. Blake (Bohemian Books, 2017) there is a scene where I describe a garden and the many flowers in bloom but I was actually looking at these plants and shrubs in my own garden at the time of writing.

If the location is a real town (as distinct to a fictitious one) it is a good idea to visit the place and take notes. If that is not possible or feasible then Google maps allows you to view streets online, but that is a poor substitute for the real thing.

When the action takes place inside a house, remember that what you say about the interior decoration, the various knick-knacks etc. can be important, not only in creating atmosphere but in ‘placing’ the occupants of the house. Much though one may deplore it, people are generally preoccupied with social distinctions.

If your novel is an historical one, then make sure that everything is relevant to the appropriate period. Check carefully on buildings, furniture, dress, the kind of food that was eaten and, if you are writing about a specific area, the topography and landscape of the period during which the novel is set. It is no good having the north of England covered in grim textile mills forty years before the Industrial Revolution took place! Also, take care that your characters speak in an idiom appropriate to the period. These are only some of the aspects to cover because your research must be thorough and accurate if you are to recreate with authority and authenticity a different historical period for your reader.

Write what you know?

What you wish to write may well take you into an area of which you have little personal experience. Meticulous and thorough research combined with your creative imagination may make up for this. The popular advice to “write about what you know”, although generally very sound, ought not to intimidate you to the extent that just because your work experience is at present confined to say, an office, you dare not set your story in any other location. But if you do go beyond the present limits of your knowledge then be prepared for the research involved. Some writers very successfully keep strictly within the bounds of their own area of experience – Jane Austen, for example. Anthony Trollope, on the other hand, had no professional background in the Church and yet chose that as a setting and created memorable clergymen involved in detailed ecclesiastical affairs.

So, the best advice I can give is that you write what you know about and research what you don’t know about. That way you will be more sure-footed as you go along.

Do you have a story you'd like to share with the local community on Limerick.com? E-Mail news@limerick.com Send us your pictures Send images or add them to your story and we'll publish the best. We welcome all contributions! All content is moderated before … END_OF_DOCUMENT_TOKEN_TO_BE_REPLACED 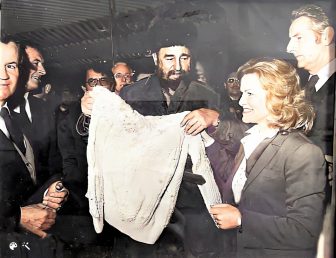 Fidel Castro was a frequent visitor to Shannon Airport in the 1980's. For more on 70 years of celebrity stopovers, visit http://www.irishtimes.com/.../shannon-70-years-of... … END_OF_DOCUMENT_TOKEN_TO_BE_REPLACED 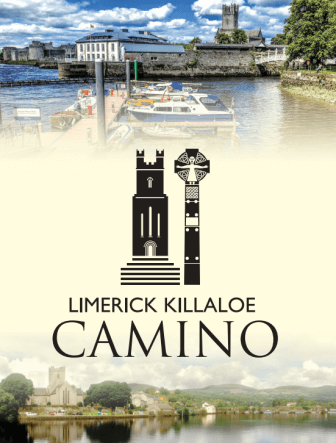 Many people are familiar with the Camino de Santiago in the north of Spain but did you know that Limerick has its very own Camino? A special pilgrimage route between Limerick and Killaloe, along a portion of a path called the Lough Derg Way has been inaugurated by the Dioceses of Limerick and … END_OF_DOCUMENT_TOKEN_TO_BE_REPLACED 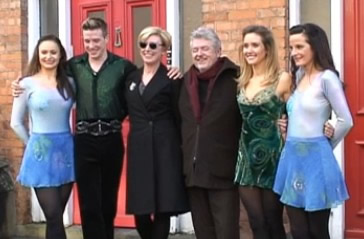 Riverdance has been seen by 23 million people in 12,000 performances across 45 countries around the world, but now is ‘coming home’, at least in the eyes of composer and Limerick man Bill Whelan. The composer, born on Barrington Street, was in his native city this Monday to launch the 20th … END_OF_DOCUMENT_TOKEN_TO_BE_REPLACED 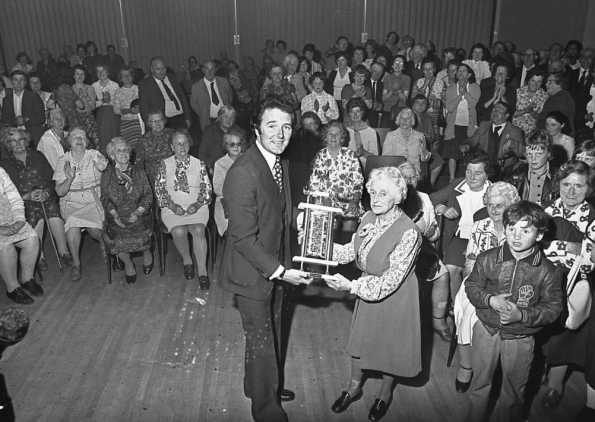 Scottish knights, glamerous grannies and an overworked Garda band - for one week in the summer of ‘78, there wasn’t much going on in Newcastle West that failed to draw a smile. The Ten Knights of Desmond summer festival has since vanished into local lore, but 35 years ago it was a barmy, … END_OF_DOCUMENT_TOKEN_TO_BE_REPLACED

DANCE Limerick wants people to “dive in and discover” the fruits of its new festival taking place in February.What Next is the city dance resource organisation’s - and Ireland’s - newest dance festival and takes place from February 9-10.Inspired by the impressive talent of rising dance artists from … END_OF_DOCUMENT_TOKEN_TO_BE_REPLACED