Wasn’t it Shakespeare who asked: “What’s in a name?”

Despite Shakespeare’s obvious doubts, there can be a lot in a name, especially a place name. I don’t know if people in other countries are as interested in place names as are the people of Ireland. Perhaps some of them are.

The most obvious reason why people in Ireland are so interested in place names is because the vast majority of our place names speak a language that very many of the Irish regretfully do not know.

In other words, the great bulk of our place names are in Irish, a fact largely concealed by their not very successful phonetic spellings.

And so when people hear a place name such as Tooreennagreana or Kyleavarraga or Lackanagrour, they are curious to discover its meaning.

The study of our place names in a scientific way began in the second half of the last century when County Limerick man PW Joyce (1827-1914) published his famous three volume work entitled The Origin and History of Irish Names of Places.

Today, as Irish society becomes more and more urbanised, a new type of placename is coming into prominence. This is the street name, to which one could add the housing estate name. Our traditional rural place names, many of them several hundreds of years old, are appropriate to the place they named, they had a local connection.

They might describe a physical feature in the locality, Knockaunroe (Cnocan rua – the red hillock), for example, or they might refer to the wildlife of the area as in Gorteenhnambrock (Goirtin na mbroc – the little field of the badgers), or to the flora of the place as in Coolrahnee (Cuil Raithni – the corner of the farm or bracken).

Other place names might recall the name of a person or family who owned land in the place, as in names such as Knockbweeheen (Cnoc Baoithim – Baoithin’s Hill), or Ballykennedy (Baile Ui Chinneide – the townland of O’Kennedy).

Most modern street names, but especially housing estate names, have no such links with the places that bear the names.

I was reminded of this recently, I had occasion to look through a very interesting little publication called bilingually. The place names of Ireland in the third Millennium, Logainmneacha na hEireann sa Triu Milaois.

The booklet was published by Ordnance Survey for the Place Names Commission in 1992 and chiefly comprises a number of papers read at a seminar held in Dublin on February 28, 1992. The papers and those who prepared them were as follows:

Michael Smith, then Minister for the Environment, in an address to the seminar, referred to the tendency of developers to give genteel sounding names to housing estates, especially in cities.

Elaborating, he said: “Names like Windermere Court or Grasmere Heights may well be fine in the Lake District of England or even Welwyn Garden City, but they are hardly appropriate in historic Irish Towns and cities, the really distinctive names are the local indigenous place names, names that speak so eloquently of local history, archaeology and topography. It is a tragedy to see these names set aside in favour of the quaint and the corny”.

Donnacha O Corrain, at the commencement of his paper, remarked: “The suburb where I live in Cork is called Bishopstown. I have no objection to that; it is simply a translation of Baile an Easpaig”.

He then went on to say that these lands were owned by the Bishops of Cork in the Middle Ages, and probably by the Abbots of the great monastery of St. Finnbar long before the Norman’s, or even the Vikings, came to Ireland. “This local name”, he added, “mirrors the history of the area; in short, it has historical resonance’s”.

Continuing, he said: “In the same suburb there is an estate called Tiffany Downs. It lies in wet land . . . and I object to that name. Then he went on to speak about the name, saying “The Tiffany part of the name came from Truman Capote’s Breakfast at Tiffany’s (1958), a collection of short stories, later turned into a film”.

Saying that he had doubts whether the builder or his adviser had the remotest suspicion of the ultimate origin of the word Tiffany, Professor O Corrain explained that the word derived from the early Medieval French tifanie, and that the French borrowed it from eccesiastical Latin theofania, which in turn, borrowed it from the Greek theofaneia, a word found in the work of the fourth century Christian writers and meaning the manifestation of God to man.

With regard to the Downs part of the name, Professor O Corrain said “that whatever the builder or his adviser may not have known about Tiffany, they knew less about ‘Downs’, for evidently they thought that Downs had something to do with lowlands or bottoms, they could not be more wrong.

The word down Old English dun means in the first instance a hill, it is, in fact, the same word as dune, sandhill”.

In his paper, Professor O Corrain gave examples of the rash of pretentious and alien sounding estate names that have disfigured the environment of so many Irish towns and cities, Trafalgar Court, Ailesbury Oaks, Woodleigh Heights, Beechlawn Mews, Aylesbury Downs, etc.

In contrast to these ‘genteel’ names, is a name from early 17th century Dublin, referred to by Liam MacMathuna in his paper Urban Place Names, Streets and Districts.

The names Keasers Lane and Speed in his map of Dublin (1610) had this to say of it (spelling is left unchanged): “Keasers Land. This lane is steepe and slipperie in which otherwhylse, they make more haste than good speed, clinke their bummes to the stones.

And, therefore, the ruder sorte, whether it be through corruption of speache, or for that, they gyve it a nickname, commonly terme it, not so homely, as truly, kisse arse land”.

Many private houses throughout the countryside now have names, and the owners of the houses, as far as my observations go, have avoided the kind of excesses mentioned by Donncha O Corrain in his references to housing estate houses.

It is, however, a pity that practically all the names are in English, while all around them are lovely townland names in Irish. This difference in nomenclature indicates a break with our cultural and historic past.

It is as if there were two Irelands, one where the people named places in Irish, the other where they do not.

But as against that, you will find the odd house name in Irish. Within three miles of where I am writing these lines, there are houses named Suaimhneas, Cul Atha, Cois Cille and Aras Bridge.

Perhaps there are others which I haven’t noticed. So there is some resurgence, some repossessing.

Do you have a story you'd like to share with the local community on Limerick.com? E-Mail news@limerick.com Send us your pictures Send images or add them to your story and we'll publish the best. We welcome all contributions! All content is moderated before … END_OF_DOCUMENT_TOKEN_TO_BE_REPLACED

Midwest Insulation Services is a Limerick company dedicated to providing economical and environmentally friendly insulation solutions for Limerick homes and business. Through extensive research of the … END_OF_DOCUMENT_TOKEN_TO_BE_REPLACED 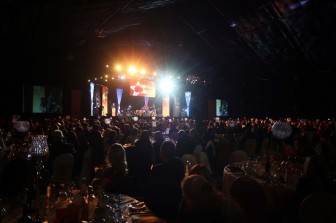 Tomorrow (Saturday) night's 2014 IPB Pride of Place Awards will be broadcast live online, organisers have said. Up to 1,000 people from all over the island of Ireland will gather in Treacys West County Hotel, Ennis, Co. Clare, for a ceremony hosted by Clare County Council and Cooperation Ireland, … END_OF_DOCUMENT_TOKEN_TO_BE_REPLACED

The Irish language publication of the Pulitzer Prize winning memoir will be launched at the Irish Consulate General, at 5:30-7:30p.m., on 15th November, as part of … END_OF_DOCUMENT_TOKEN_TO_BE_REPLACED 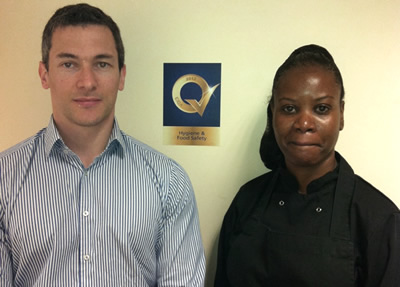 Foodcourt Catering Limerick, one of the top catering companies in the Ireland, has been shortlisted for the prestigious EIQA awards which are being held on Friday, September 27th at the Burlington Hotel, Ballsbridge, Dublin. The National Q Mark Awards recognises companies and organisations that … END_OF_DOCUMENT_TOKEN_TO_BE_REPLACED

Sunday evening last saw the young ladies of Caherdavin’s Frontline Stage School take to the bright lights of the Lime Tree theatre for the annual Gala Performance.  Frontline Stage School was founded and continues to be led by Gerdi McGlynn.  32 Years ago, Gerdi set upon starting a … END_OF_DOCUMENT_TOKEN_TO_BE_REPLACED 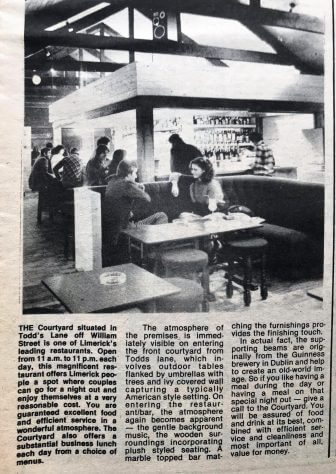 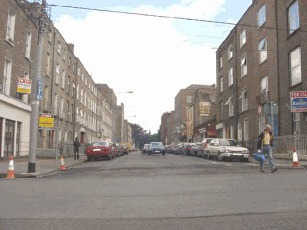