AFTER 18 months of residing in a homeless centre, Liz O’Sullivan is back on her feet.

The causes of homelessness are well established – addictions, marital breakdowns, and a litany of other personal and familial problems. For Liz, it was the tragic and inexplicable death of her 16 year-old daughter Shauna, “a bright, bubbly and mature girl”, that left her bereft and unable to cope.

On April 24, 2013, Shauna’s body was found in the canal behind the Emo station on Clare Street.

An inquest into her death recorded an open verdict, but her mother is still searching for answers.

She left her home in Johnsgate, and spent nearly 18 months in Thomond House, which provides up to 24 beds and places of emergency accommodation and support services for women over 18 years who are “at risk” and homeless.

“I just shut myself off from everybody and needed to be alone,” Liz, 44, whose two other children are grown up, told the Limerick Leader.

She went to numerous agencies in the city in an attempt to be rehoused, and eventually she found her best fit – the Mid-West Simon Community, located on Steamboat Quay.

“I was afraid of being knocked back again, but they weren’t like other offices, they were so warm and welcoming. Within a week they had a place for me, it was a totally different experience,” she explained.

Liz now has a one-bed apartment in a house for three residents located near the Redemptorists Church, and has been living there for the past two weeks.

Speaking in their offices, even the mention of her new home brings a smile to her face, and one day she would like to assist an organisation like this to help others, just as they helped her.

When she approached one centre for the homeless they wanted to place her in accommodation overlooking Thompson’s funeral home, but she said she couldn’t bear this grim reminder. Now, in her new location she can light candles in her daughter’s memory.

Her apartment has been painted, and she has given it her own personal touch.

For the first time in a long time she feels she has finally found a place she can call home, and she can stay there for as long as she wants.

With her accommodation secure, she can now turn her attention to seeking work. “I need to occupy my mind and keep going. Shauna wouldn’t have liked me to lay down and die,” she said.

The Mid-West Simon Community have about 10 housing units in Limerick – some are one-bed, others two-bed, and some cater for families. But a spokesperson said they need an awful lot more, “about 100” to cope with growing demand.

“There is a huge need for this type of work; putting people into private rented accommodation isn’t always the answer, as they can’t cope with the bills. On top of that the standard of accommodation is very bad in the city, and many landlords won’t take rent allowance,” she said.

The Mid-West Simon Community do not receive any Government funding, and are reliant on grants, following successful applications, and hugely from donations from the public…more

Do you have a story you'd like to share with the local community on Limerick.com? E-Mail news@limerick.com Send us your pictures Send images or add them to your story and we'll publish the best. We welcome all contributions! All content is moderated before … END_OF_DOCUMENT_TOKEN_TO_BE_REPLACED

TWO intercity rail lines cut through south and east Limerick but you can only get on board in Cork or Tipperary, said Cllr Lisa Marie Sheehy, who has called for Kilmallock station to be re-opened.The independent councillor put down a motion at a Cappamore-Kilmallock municipal area meeting to … END_OF_DOCUMENT_TOKEN_TO_BE_REPLACED 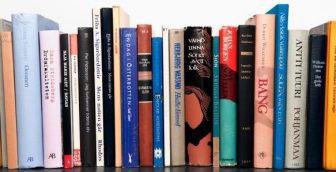 Becoming a Writer In this ten-part series Kieran Beville aims to inspire, encourage and assist aspiring writers to fulfil their dreams to become authors.   The Novel (part 2)   I want to look a little deeper into the idea of writing a novel. You have an idea … END_OF_DOCUMENT_TOKEN_TO_BE_REPLACED 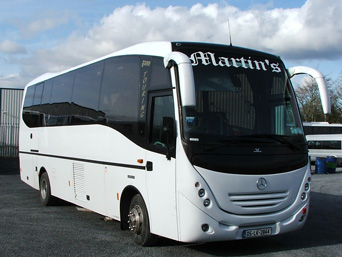 Martins Coaches in Limerick announced today that it has taken delivery of two new state-of-the-art coaches to add to it's current fleet of 25 coaches. The latest delivery brings the total investment in new buses for 2008 to around €600,000. The new vehicles will be immediately rolled out in … END_OF_DOCUMENT_TOKEN_TO_BE_REPLACED 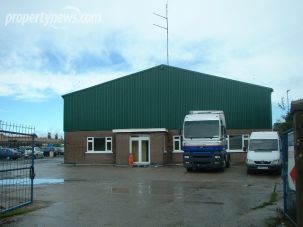 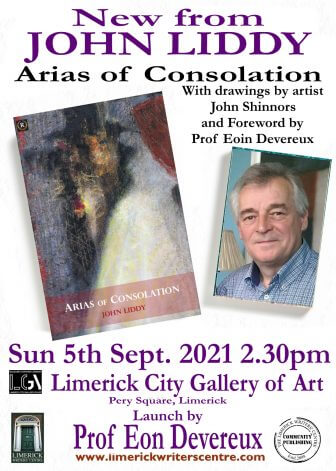 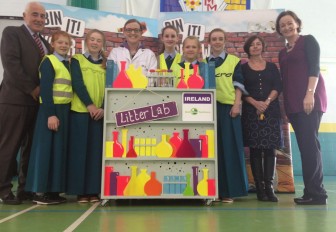 A nationwide schools’ campaign to educate and raise student awareness of littering visited Limerick this week. Over 500 students from Laurel Hill Secondary School and Castletroy College participated in the ‘Bin It!’ workshop The actor-led workshop is geared towards first year students and … END_OF_DOCUMENT_TOKEN_TO_BE_REPLACED 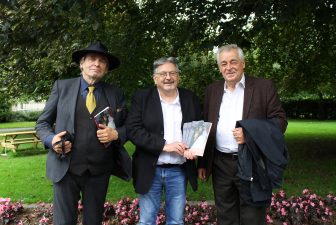