Abbeyfeale anglers are set to do battle with an invasive Asian plant which is killing off native salmon in Limerick rivers.

Himalayan Balsam is growing on the banks of the River Feale and has been competing aggressively with native species, causing havoc with the local ecosystem.

Wilfull spreading of the plant, which has pink ornamental flowers and can grow up to six feet in height, is currently banned under Irish law.

Secretary of the Abbeyfeale Anglers’ Association Denis Dennison said that he was concerned about the plant’s effect on the River Oolagh. The Oolagh is a tributary of the River Feale and an important spawning ground for sea trout and salmon. “It’s like walking through a jungle, even though it’s a flower,” he said. “It is choking the riverbanks.”

Himalayan Balsam lives for just one year, but is capable of spreading rapidly. It grows seed pods, which explode and can send 2,500 new plants up to 25 yards away.

In autumn the plant dies and leaves the bank bare of vegetation and vulnerable to erosion and collapse. This can lead to damage of fish spawning grounds and fish population decreases.

Do you have a story you'd like to share with the local community on Limerick.com? E-Mail news@limerick.com Send us your pictures Send images or add them to your story and we'll publish the best. We welcome all contributions! All content is moderated before … END_OF_DOCUMENT_TOKEN_TO_BE_REPLACED

The Church of Ireland is proposing to build a new residence for the Bishop of Limerick and Killaloe in Adare. And while the proposal is still at an early stage, the first milestone was reached last week when Limerick County Council gave notice it intended to dispose of a parcel of land it owns in … END_OF_DOCUMENT_TOKEN_TO_BE_REPLACED

THE Limerick GAA community is in mourning following the death of Claughaun stalwart Sean O’Connor.O’Connor is a former top referee, player and administrator at club, county and inter-county level.He refereed two All Ireland SHC finals – the 1969 clash of Cork and Kilkenny and the 1975 meeting … END_OF_DOCUMENT_TOKEN_TO_BE_REPLACED

The unconsidered human impulse is to wrap grief and pain in pious formulas, in slack received wisdom, in platitudes and worn-out phrases. Pain always threatens to become unbearable, and indeed it often is unbearable to anyone locked in the prison of the self. We have songs and stories, poems, … END_OF_DOCUMENT_TOKEN_TO_BE_REPLACED 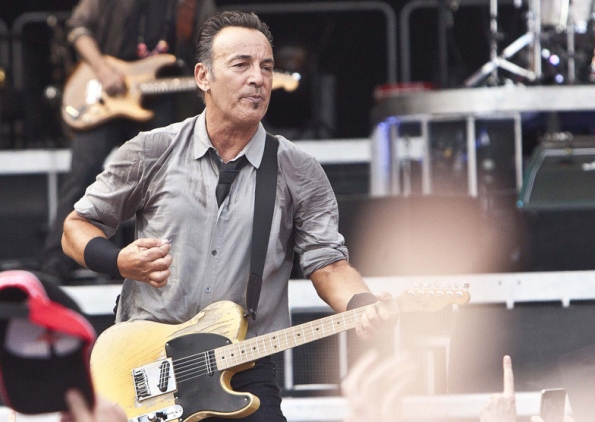 Bruce Springsteen in Limerick in Thomond Park . The words alone were enough to send grown men into ecstasy. More than 30,000 people saw history being made on the turf made hallowed by generations of Munster men this Tuesday night, the first of a string of sold-out shows in Ireland for The Boss … END_OF_DOCUMENT_TOKEN_TO_BE_REPLACED 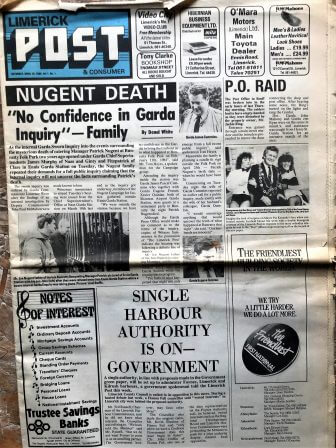