Menu
×
Home / News / ‘He smiled through it all’: One year anniversary of baby Evan Jones from Newport

He had just been rushed in an ambulance from Limerick to Our Lady’s Children’s Hospital, Crumlin, with a collapsed lung. An hour later he was in theatre but his smile is so wide you would think it was taken on Christmas morning after Santa had been.

Evan’s first anniversary was on Sunday. He was just two years and three months old. It was cancer.

The brave boy from Newport may be gone from his loving family but his legacy lives on. His parents, Paddy and Marisa, and baby brother, Ben, presented a cheque for €33,285 to St John’s Oncology Ward in Crumlin. The money was raised from a fun run / walk in memory of Evan last October

Paddy says the photo tells the story of his son.

“He has lost his hair but he is still smiling. It is a little over two weeks before he passed away but you can see how well he looks. It turned out he had a collapsed lung and sirens of the ambulance were going all the way from Limerick to Crumlin.

“When the oncologist came rushing into his room he was sitting up in the bed smiling. The photo taken then tells the story of his courage. You would never have thought there was anything wrong with him. He was just so brave. He smiled the whole way through it,” said Paddy.

People told him and Marisa that they were inspired by Evan.

“People that never met him felt they knew him and identified with him. They were following his story. I think he really resonated with and inspired a lot of people,” said Paddy.

In July 2016, they noticed a droopy eyelid and wheezy chest in Evan. They went to the doctor who sent them to UHL. From there it was Crumlin where they spent the next 10 weeks.

Less than a year later Evan was laid to rest.

Evan’s anniversary was marked with a Mass in Newport on Sunday.

“We wanted to commemorate it in a positive way instead of a sad day. There are times it is tough but overall we’re doing ok. There are definitely tough times. We’re getting through it. It is just a process you have to get through.

“At moments it is very difficult and there are days you feel you are doing good. It’s up and downs,” said Paddy, who describes their 18-month-old son Ben as “a ray of light”.

“He is flying it. Evan loved him and was very good to him. He doted on him,” said Paddy.

The couple and their giant team of between 30 and 40 are already planning this October’s Evan Jones memorial fun run / walk in Newport. Last Halloween, between 1,300 and 1,400 took part.

“It is a huge amount of money. One thing that is very important to us is that funds raised go to frontline care in the oncology ward and not tied up elsewhere. It will go directly to the care of children on the ward.

“We spent 10 weeks pretty much living there. You get to see the staff day to day – they know much better than anyone what is needed. You couldn’t praise them enough. The care Evan got was incredible.

“They are amazing people devoted to what they do,” said Paddy, who wished to thank, from him and Marisa, the Team Evan Jones fundraising team for all their hours of work.

“It just wouldn’t happen without them. It is such a huge undertaking. The support we have received from Newport, surrounding communities and as far away as Ballydangan, where Marisa is from, has been incredible,” said Paddy.

Do you have a story you'd like to share with the local community on Limerick.com? E-Mail news@limerick.com Send us your pictures Send images or add them to your story and we'll publish the best. We welcome all contributions! All content is moderated before … END_OF_DOCUMENT_TOKEN_TO_BE_REPLACED

– Event to feature SAR display, Russian MiG, WW2 aircraft and aerobatics performances   One of the largest search and rescue (SAR) training exercises ever undertaken in Ireland will open the 2015 Foynes Air Show on Sunday, 26th July hop over to here.   The Irish Air Corps, Naval … END_OF_DOCUMENT_TOKEN_TO_BE_REPLACED 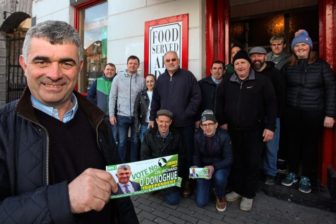 HERE’S a smell of slurry in the air on the drive to Kilmallock which mirrors the feeling on the ground says Independent Limerick County candidate, Richard O’Donoghue. “People are sick of political bull,” he declares on the town’s Main Street. Farmers are emptying slurry tanks and Mr O’Donoghue is … END_OF_DOCUMENT_TOKEN_TO_BE_REPLACED 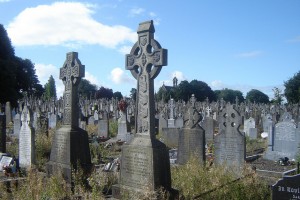 An online, searchable database of 70,000 people buried at one of Ireland’s largest cemeteries is nearing completion and will be officially launched next month, it has been announced. Staff from Limerick City Archives in conjunction with the History Department of Mary Immaculate College of … END_OF_DOCUMENT_TOKEN_TO_BE_REPLACED

CAN dreams help us flourish as a person? That is indeed the case, according to dreams expert and former RTE director Michael Murphy, who will bring his show Speaking of Dreams to the Belltable this month.The psychoanalyst takes his Irish tour to the city centre stage with presenter Ciana Campbell, … END_OF_DOCUMENT_TOKEN_TO_BE_REPLACED 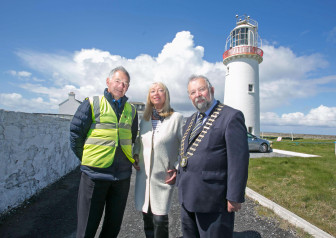 FREE advice on career options and coaching has been made available to the unemployed around the country to improve their job prospects. Award-winning Career Decisions is running the course on behalf of the government and has advised jobseekers to enrol immediately to secure a place on the … END_OF_DOCUMENT_TOKEN_TO_BE_REPLACED 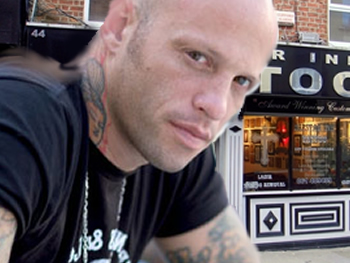 One of Limerick’s best known tattoo artists has received the plaudits of an international industry legend – to such an extent that the pair are to set to join forces in a new business. All Star Ink tattoo artist and owner Ross Nagle was praised by Ami James as being one of the “best in the … END_OF_DOCUMENT_TOKEN_TO_BE_REPLACED